I Just Want To Be Wonderful...

This post has been weighing on my heart for some time. It's hard to revisit the past, especially when it contains pain and heartache. I want to bring myself to a level where all you lovely and diverse women can relate to me. I like to hope I can pass on some hard learned lessons and ideologies on love, motivation, and life in general. Plainly, I have decided to share with you how I got to this 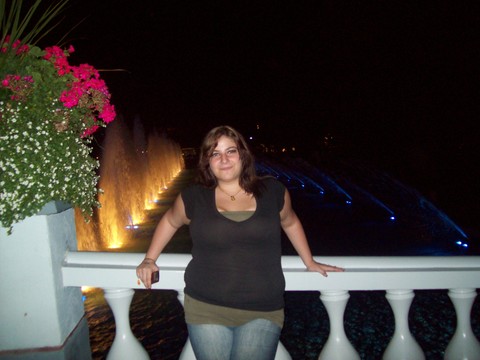 and morphed into this

The brunnette above I promise you is me, rather, that was me. I don't even resonate with that person anymore. She was 250 pounds, larger than a size 16, but more importantly she was in pain and that was manifesting in her appearance. Not to say that size had anything to do with it however let's be honest, there is zero self care going on in that image. I could have rocked that body just like so many of you do with your fabulousness, but I didn't. I simply couldn't because of the place I was in. Mentally, emotionally, physically I was unhealthy, Ladies, I was very slowly dying.

The back story; I was new to womanhood and after being an independent "adult" living and providing for myself since I was 15 I entered into a relationship with a man I had been friends with for several years. Someone I had met in the midst of an abusive relationship, who defended me and endeavoured to keep me safe from my then abuser. Someone who I trusted thoroughly. I was happier than I had been in some tIme.

As you may have guessed, I was very wrong about him. About six weeks into the relationship the same pattern of behaviour started; horrible name calling, remarks regarding my lack of worth, guffaws at my "pointless" life, the black eyes. Eventually these progressed into worse language, jealous accusations, financial dependency, and concussions. I found myself confined to my apartment that I let him move into, denied a social life entirely, and eating in the absence of any real human contact outside of hidden conversations on my phone. Leaving the house while he worked would always lead to a very loud and badly ending argument. I knew if I tried to leave him he would inevitably kill me. I lived like this for nearly three years before a fire in me sparked somehow.

I decided I was worth more, that I didn't want to look like that anymore, that I needed to initiate a hurricane of change. It started simple, leaving the house and accepting to go through the following storm in peace. I knew I had more up my sleeve, I just didn't know what yet. After a short time I moved to better myself; I started caring about my weight, my health. I remember making a simple change at first, skipping starchy carbs at dinner time and kicking my horrible pop habit in exchange for nothing but water. Before I knew it I had lost 30 pounds in two months, I was feeling fabulous and good god I wanted much more.

Due to when I had left my parents home, I had no education beyond the eighth grade. I had always loved literature however and absorbed a plethora of books over the years in order to somehow educate myself. One day I was reading and started questioning if I could get into college. I ran with this idea, realizing student loans would give me a level of independence and possibly a way out of the toxic relationship I was in. I applied for what we call 'upgrading' in Canada. It allows you to gain needed high school credits in a college environment and assists in you college applications after, if you pass the necessary knowledge tests. Wouldn't you know, I scored too high and they pushed me to apply for a 'real' program. Talk about a pick me up! I made my application to a simple law program, got accepted for that September, and began planning. I knew every harsh word, every slap that would come after would be so very worth it. About a week before classes were to start a friend, Joe (now fiance), took me out to get my hair done and we made a decision. We called my local police division after my appointment, went in, gave statements (Joe had seen many black eyes acquired over time), and had my ex arrested and charged with domestic abuse. You see, before that ex I had ended up in a series of over 3 similar relationships. This was my 'never again' moment. That was two and a half years ago.

That experience of leaving, of freeing myself from a prison was liberation in it's purest form. It was empowering. That climax of

I did it, I am my own woman, I am finally free

brought tears of joy and more drive for me to be someone than I have ever felt in my entire existence. I began taking more interest in my appearance and living a healthy lifestyle. By the time I graduated that same May I had dropped down to 180 pounds via watching my food intake and doing BeachBody programs in my living room, and I graduated (that's my father and I at graduation, less than a year since leaving that relationship).

Throughout that school year I had started devouring every piece of information I could find about Marilyn Monroe. Her life began speaking to me in ways I never thought possible. Her desire to be an actress much like mine from childhood, the mentally ill mother and poor family ties like a mirror of my own experiences, her perpetual aloneness, in friendship, relationship, marriage vibrated through me like the bells of Notre Dame. This sparked me to push more and more, I thought to myself 'why can't I change my life that much, also?' This beautiful, hurting orphan girl became this widely loved woman of substance and intelligence, 'who says I'm too old and damaged to reach for just a taste of her heaven?' Just as Marilyn Monroe became a refuge for Norma Jeane, Marilyn became that and so much more for me.

Over the last year and a half I have watched myself change before my very eyes. Yes, I've lost another 32 pounds, but that has taken the back burner to something else, something that I feel is so much bigger than the number on my scale (though that's not to say I have changed my fitness goals, merely taken a small break). I made moves to start modeling mostly as an impersonation of Marilyn.  If you're going to do something, I believe you must push yourself to the highest level of greatness you can imagine for yourself - a girl has got to start somewhere and I began to make her the very air I breathe. You should have seen how silly I looked practicing facial expressions in the mirror, studying her body language, my fits of excitement when I realized parts of her were always in me, like that damn wiggle walk. I noticed eventually the tears stopped coming the instant I looked in a mirror. I stopped hiding my body in sweaters and jeans. I began to hold my head high as I walked rather than trying to shuffle through places unnoticed. I saw how she frolicked on the beach in 1962 her surgery scars marring her perfect porcelain skin and I stopped constantly tugging at my dress shirts tied over my heavily stretchmarked stomach. I spent an entire summer immersing myself in makeup and hair tricks and techniques, her personal regime, and found myself smiling more often as I stepped out the front door. She made me feel glamorous, she made me feel powerful, bloody well beautiful. Marilyn played a role in saving me from myself.

Currently I am about to enter the last semester of my correctional program and graduate in May (donned in the ever famous JFK birthday dress - how could I resist?). I haven't decided what I'm more excited about - endeavouring towards law school or enlarging my modeling and acting portfolio. I may write a book one day...the best part is I believe I can do all these things. I am proud of who I have become, and yes even where I have come from. I cannot say that my hardships did not make me who I am today, and let me tell you how much I love myself now (hint: a lot). I am chasing my girlhood dreams and having a damn good time doing it as I approach 25 in January, and isn't enjoying every second of the life we have the whole point?

If I can pass on anything at all via this confession it would be this; nix out toxic people from your life, especially those 'frenimies', you'll be happier for it; take care of your body, I don't mean you need to lose weight like I did (unless that makes you happy), just put the right fuel in it, pamper it with yoga or stretching, take vitamins, whatever feeling your best means to you just do it; enjoy every day, every minute of this life - you only get one; and lastly never, ever, ever  stop dreaming. Bigger and better things are out there for each and every single one of you who dares to believe your stars aren't numbered.

oh sweetie you should be proud of yourself. The goal of being a woman is to take control of yourself and I believe you're doing it very well. Bye bye mouse and hello Marilyn :) - my dad was like that

WOW! I mean WWOOWW! This is a story which is truly amazing. I am so glad that you posted it. And what I love so much about what I read is that YOU made all of the good things happen for yourself. You turned around your world. Thanks for sharing this inspiring story about your life!

You are so very right that many of us here can relate to some aspect of your story, if not the whole. Thank you so very much for sharing your story, your triumphs and your life here... hopefully it will reach out and touch that one girl who needs that push to help start her life...

Can't wait to see the graduation pics, and regardless of what you choose to do, you will rock it!!!

Comment by Kitten Monroe on January 13, 2014 at 4:21pm
Thank you to each and every one of you who had kind things to say. My only wish is to teach others that we are truly capable of being our own source of strength. Love to all of you xx