Sarah Silverman Made Me Do It

Sometimes life gives you little opportunities that you just have to take advantage of. I guess that most of you already know that when Sarah Silverman was at the Emmy Awards a couple of weeks ago she wore a Vamp Dress in black. Sarah can be hilariously funny. She is very attractive. And she is quite intelligent. Those are all qualities that I try to demonstrate in my daily life. So that just got me to thinking. And I came up with an idea. I would wear some of my vamp pieces and similar items while out on my little adventures and post the results to share with all of you dolls. I have three different sets of photos to share. And I must admit that I have at least one more vamp dress and one more vamp blouse that I did not wear for this little experiment. I did not want to let this drag out too long so I stopped at three different outfits.

I was a little cautious when I first started wearing Pin Up Girl Clothing. I knew that I wanted to wear clothes that evoked the golden glamour days of the mid century. But I did not really think that figure hugging clothing would work for me. I thought that it might be too "over the top". And I thought that maybe those clothes were meant to be worn by women much younger than me. My first few purchases of PUG were of slightly more conservative styles of clothing. But after a few months I just thought to myself: "You only live once, why not try to take things up a notch or two. Don't be afraid of trying to look sexy". So I took the plunge. And my blue vamp blouse was my first purchase in the figure hugging category.

I have posted pics of me wearing all of these outfits in the past, I think. But these are new pics all taken within the last couple of weeks. The first couple photos are of me wearing the Tiki Twist Dress in orange. In fact, I had mistakenly thought that it was part of the vamp line when I pulled it out for this little series. In fact it is cut quite similarly to the vamp style. Anyway I went to my favorite classy watering hole for a drink. OK, it was two. The location for this little outing was once again the bar at The Langham Hotel in Pasadena, California. It is such a beautiful place, so it is just a pleasure to spend time there. The first pic was taken by my waitress for the night. The second pic I took using my little mini tripod and the timer function on my camera. 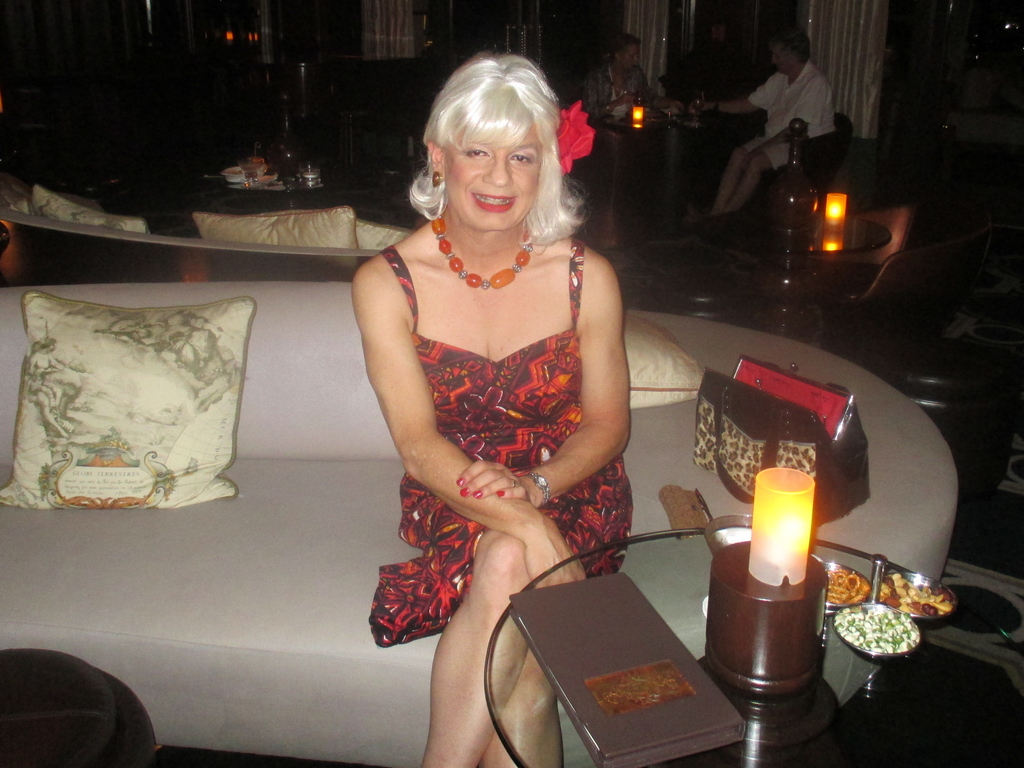 For the next outing I chose my Vamp Dress in Zebra Stripes. I wore all black and white including my shoes and my handbag. But I did throw in just a couple of touches of red in my bangles and my hair accessory. I was using my mini tripod again when a kind young man volunteered to take some photos. They turned out to be totally tremendous. Initially I also had on a cropped black and white shrug. I wore that while I was out doing a bit of shopping. But when I went to have a drink I thought I should show a little more skin. 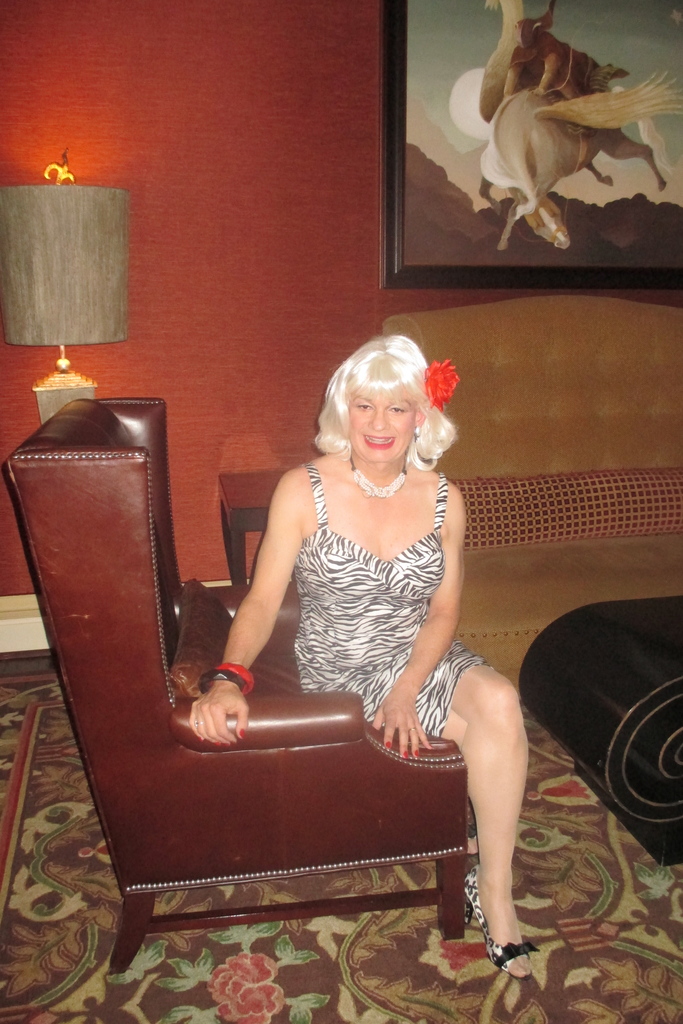 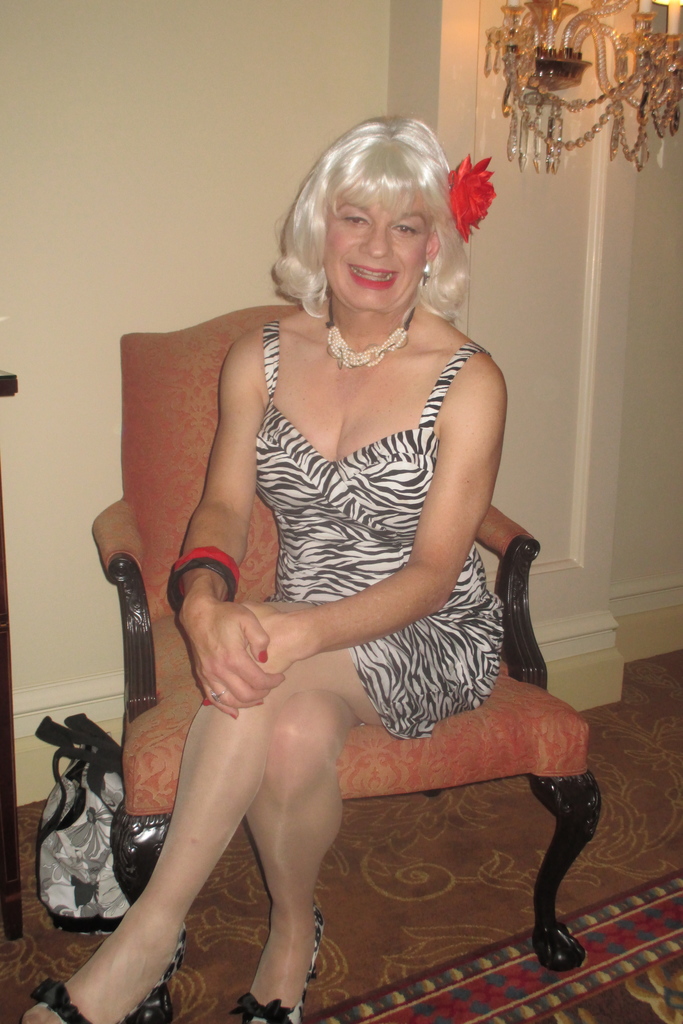 The very next day after I wore my white and black outfit, I had a chance to go and do some antique shopping. The antique mall I went to is built in an old orange processing factory. Southern California used to be filled with orange groves. That has no longer been the case for many years. But orange crate art is one of the types of items that are often sold in LA antique houses. I opted for a blouse and skirt since it was daytime. And I had a special reason to choose the color scheme. That reason was I wanted to wear my favorite hair ornament, a blue and white corset made by my PUG sister Brandi Shuey. So I have a full length photo of me and a close up of me wearing the ornament. I got a wonderful compliment about the piece. I will write about that in the "best compliment" topic. 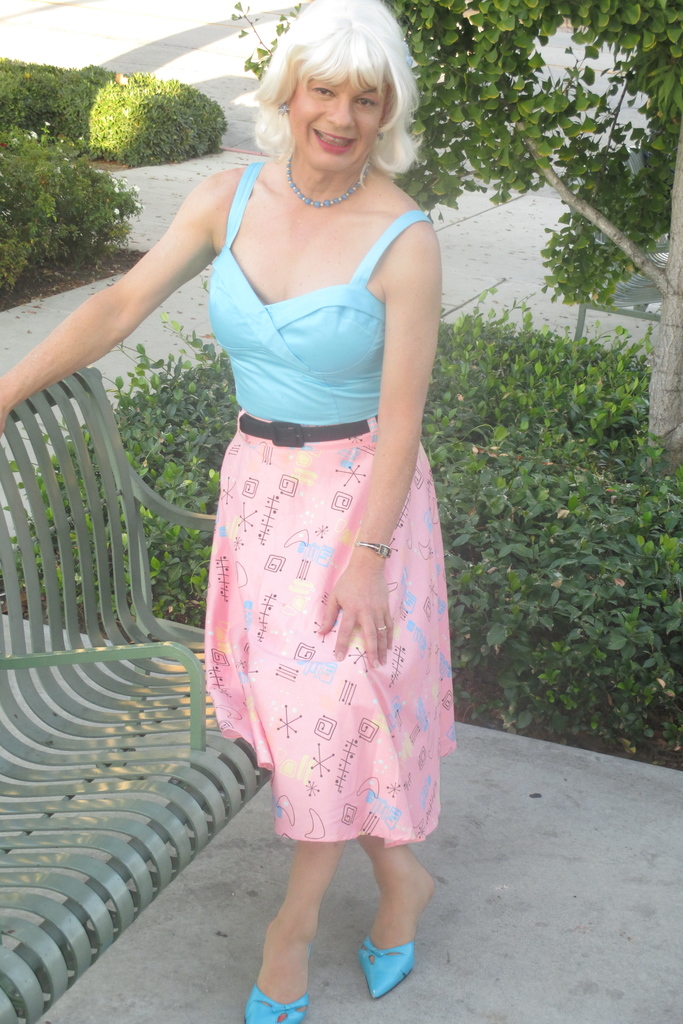 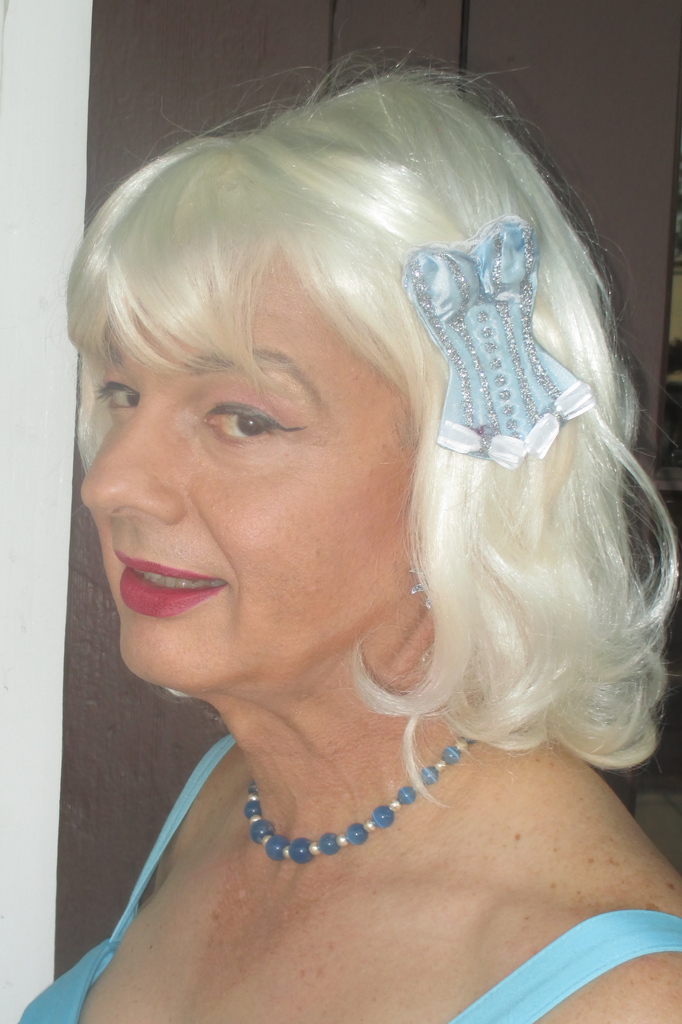 I firmly believe that beauty originates from within. Intelligence, self confidence, humor and sexiness are also qualities that I believe that one develops on the inside first. Sarah Silverman prompted me to do this little series. But it is my inner growth and outward expression of it that allowed me show this side of myself. Thanks for letting me indulge in a bit of self introspection and outer displays of what thus resulted.

I love all of your outfits Aoife, and as Andrea says - you do indeed rock!

oh wow, you're fabulous! You really rock the vamps! And I really agree with what you said about real beauty :)

sending you a PM!

I really think you especially rock the atomic print ginger and the blue vamp. that look is so striking on you, although all of them are nice.

you look so well put together (as always) and fabulous! i agree with katherine that the blue/atomic print look the most fabulous!

Andrea, Sammi, Shy Anne, Katherine, Desilu and Brandi thank you all so much. All of you rock!

Comment by Vivian Rogers on October 6, 2013 at 10:47am
What a wonderful blog. It's very encouraging to see more mature women venture out in the vamp dresses. I was at the boutique last Sunday trying the infamous black one on, and sadly I did not have the courage to work it. Or the right shapewear to make it look flattering on me. So bravo to you. Maybe I gain the courage to try again soon.

Dear Vivian, yes it takes a leap of faith to try something new to oneself like the vamp. And the ladies at the boutique have always emphasized to me, how they almost always use shapewear in the shoots. And I must admit that I use various underthingees to pull some things in and push other things out.

And BTW Vivian, I'd love to be able to meet you. I am going to plan a meet up in November. It would be great if you can come. News to follow soon!

Comment by Vivian Rogers on October 6, 2013 at 3:17pm
Thank you so much Aoife. I'm still struggling with finding the right shapewear for any of their wiggle dresses. Sadly I own several of them and they never leave the house.

I would very much love to meet you. Please keep me posted on the November one. This morning I was looking at your pics of a previous outing when you went to the Chado Tea Room and wished I had known about it, I would have loved that! 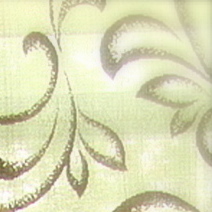