A Proposal in PUG

This is another post from my Personal Blog, Junebugs and Georgia Peaches but I don't know how many of my readers there are as in love with PUG as I am, and I know you ladies are!  This is a little story of my wait for the Neverland dress and what happened the first time I just so happened to wear it.  I think it's my lucky dress! 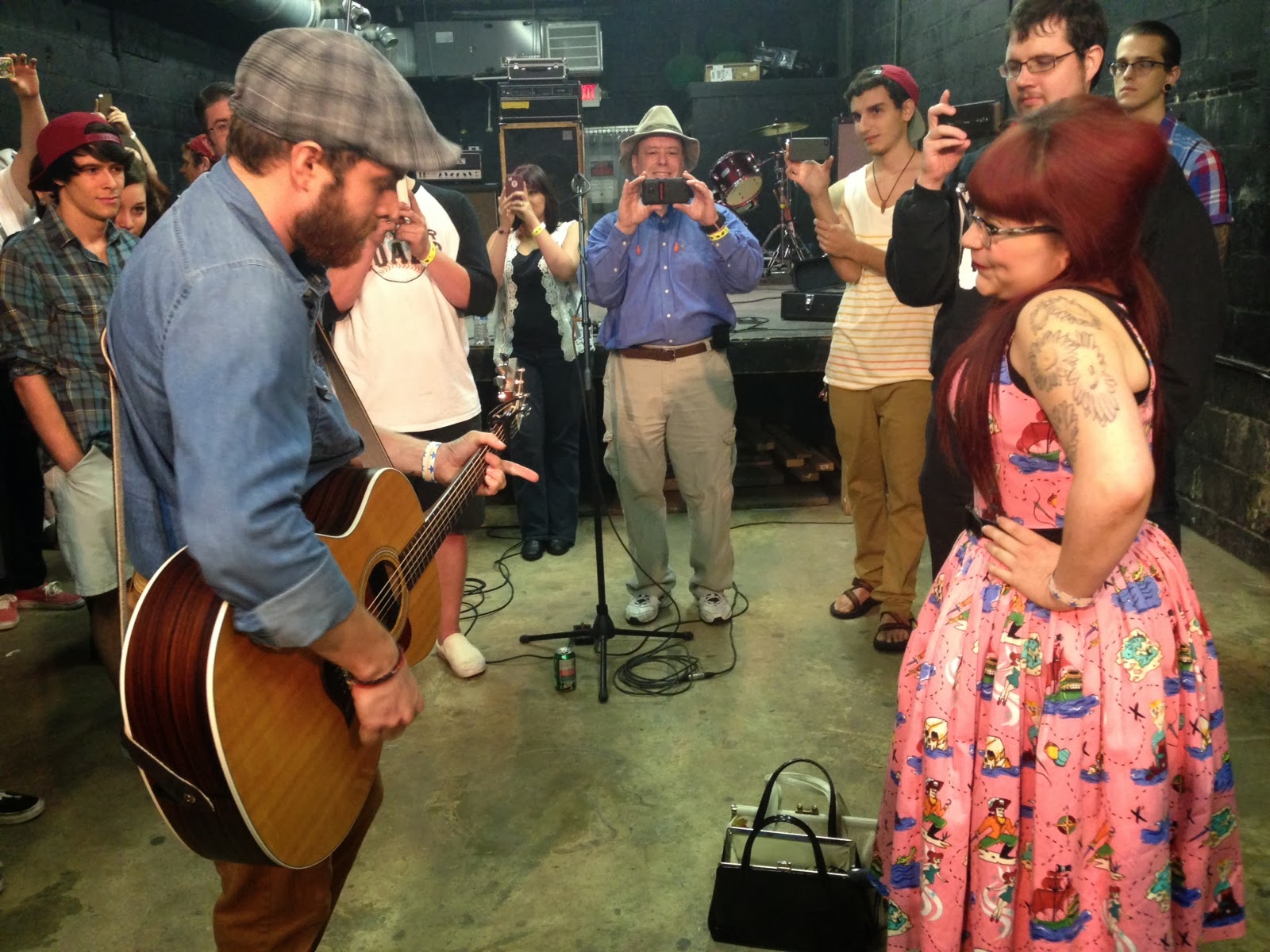 So, my spider senses had been tingling around the time of my proposal. Collin, my now fiancee, used to book shows/tour in a band and hadn't done either in a long time but out of no where, he decided to book a show.  He said it was his "Goodbye Show" because he moved to Nashville but neither of us had lived in Augusta, our hometown, in years so it seemed a little weird....
The Jenny Dress in Neverland had just come out and I'd purchased it, received it and decided to tuck it away for something special!  I'm so happy I packed it!  We get to Augusta, and the majority of our time was spent with our favorite people/best friends.  We started out by grabbing coffee + sushi (don't worry, not simultaneously haha) So, here is the really ironic part: the pearl had fallen out of my best friend Katie's engagement ring, so we actually ended up in a jewelry shop to get it repaired (Collin already had my ring) so we're walking around looking at engagement rings and bought ourselves these beautiful ring pops, which we modeled, unknowingly.  This is some Alanis Morrisette type irony pictured below. We ran around town a little bit after that, but lets fast forward to the good part! Collin played an entire set (a lot of the songs about me and our break up 7 years ago, but the songs tug at my heart strings and are marvelously sweet.) And then he ends the set with our song: Spitalfield - I Love the Way She Says L.A.  Towards the middle of the song, the room full of friends+family started shifting and by the end of the song, I realized there was a little circle with only Collin and I inside. I wish I could say I knew what was going on at this point, but I honestly didn't... I just thought he was being sweet.  He got to "our part" in the song which is a line that says "and now you've got me thinking, and I really think it's true, the sun shines sometimes just for you" (he wrote it to me in a note in college to ask me on our first date, such a hopeless romantic) and he  ended the song early, flipped over his guitar and in lime green duck tape on the back were the words "Manda, will you marry me?" (he'd done this to me at a show years ago as a joke, more irony) and out of his pocket came a TARDIS shaped ring box and inside it said "For the girl who waited..." (it took us 7 years of missed romance mishaps to get back together, so it was appropriate and had my beautiful 40s estate ring! I. D-I-E-D. 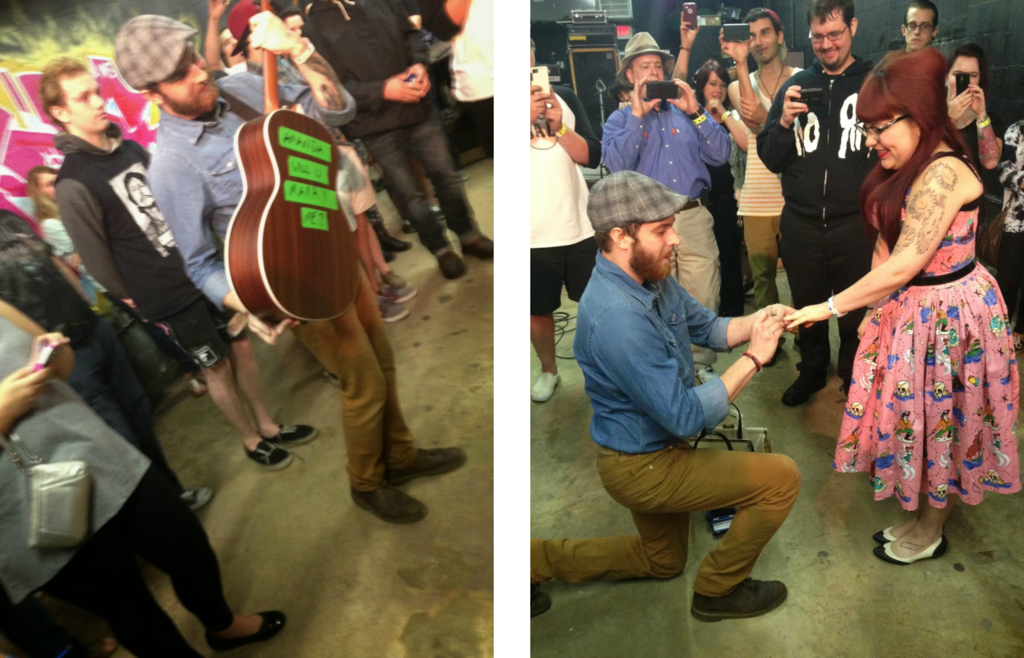 I honestly teased him a bit about these sort of proposals and how I thought they were a little cliche, but I totally ate my words on that one because I couldn't be happier about the people that were there to share this with us, how lucky we are that room full of amazing people captured this for us in photos and on video and for my incredibly sweet and thoughtful fiancee who organized an entire show and thought up every detail; I couldn't have dreamed up something better.  Here's the video below:
I am SO happy I saved this dress to wear and just HAPPENED to put it on that day, because I couldn't have thought up a better occasion to wear it to.  After lurking the "coming soon" section daily after the dress was announced, which I've never done for ANYTHING before, it was so nice to inadvertently end up wearing it to one of the most important moments I've had. : )
PS. Let me mention again, THE DOCTOR got involved! haha Awww so happy for you. Congrats! You and your friend are so adorable.

wow congratulations what an adorable story!!

Awww. This is adorable! Thanks for sharing!

You've got e tearing up here!

Thank you so much ladies! I love sharing this story!  So weird that the two timelines coincided! : )

What a lovely fiancé you have!  Congratulations to both of you :)